How Do Military Families Feel About the Repeal of Don’t Ask, Don’t Tell?

I remember getting into a twitter tiff a few years ago with a fellow conservative about the repeal of don’t ask, don’t tell. The gentleman basically accused me of pushing my liberal agenda at the expense of our men and women at arms. At which point, I informed him that I am hardly liberal and my husband was currently deployed to Iraq. My follow up question was, “When did you serve in the military?” At that point, he simply thanked my husband for his service and went his merry way.

If someone wants to sacrifice their time and their liberties and possibly their physical safety and even their lives to protect ours, I don’t really care about the gender of that soldier’s love.

I got this interesting info-graphic that suggest many military family members feel the same way. What do you think? 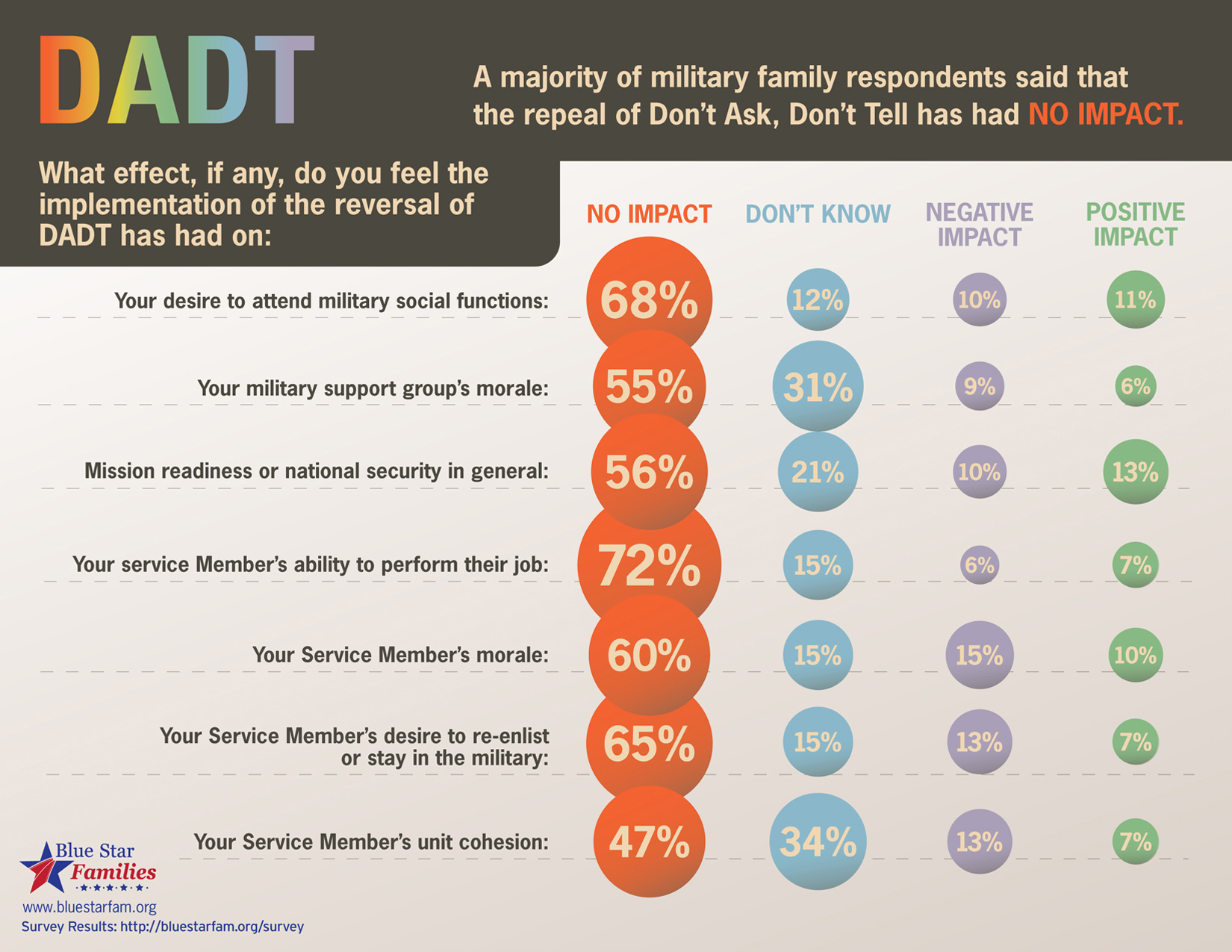