Disney Releases Cast for Live Action Into the Woods!

I’m a total theater geek. Heck, I MAJORED in Theater Studies in college. So, I am just incredibly excited about Disney’s production of Into the Woods!

My husband played one of the princes in his high school’s production so you KNOW there is going to be LOTS of fun singing going on in this house leading up to the release. For the record, my voice is no where near as good as my husband’s but that just means I will sing LOUDER! My kids are too young to care that mommy can’t carry a tune.

IN honor of this announcement, I broke out my mad photoshoppin’ skillz…which, to give you an idea of my vocal talent, are probably superior to my singing abilities. 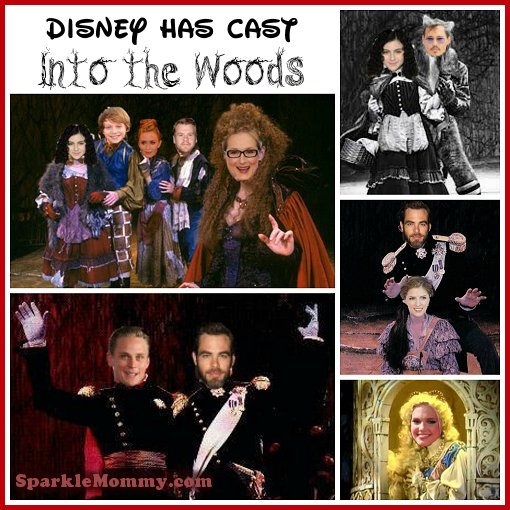 Anna Kendrick is going to rock this! What do you think–does Chris Pine have the chops? Will this be one of Johnny Depp’s brilliant roles or one of his embarrassing disasters? Meryl Streep is frickin’ Meryl Streep. Does the rest of the cast have what it takes?

Take it away, press release!

Film to Feature Songs from the Award-Winning Stage Show, Plus Brand-New Song by Stephen Sondheim

BURBANK, Calif. (Sept. 16, 2013) – Disney’s “Into the Woods” kicked off production last week, featuring an award-winning production team and all-star ensemble cast. Rob Marshall, the talented filmmaker behind the Academy Award®-winning musical “Chicago” and Disney’s “Pirates of the Caribbean: On Stranger Tides,” helms the film, which is based on the Tony®-winning original musical by James Lapine, who also penned the screenplay, and legendary composer Stephen Sondheim, who provides the music and lyrics—including an all-new song for the big-screen adaptation. “Into the Woods” is produced by Marshall, John DeLuca, “Wicked” producer Marc Platt and Callum McDougall. Shooting in studio and on location throughout England, the film is slated for a December 25, 2014, holiday release.

“Into the Woods” is a modern twist on the beloved Brothers Grimm fairy tales, intertwining the plots of a few choice stories and exploring the consequences of the characters’ wishes and quests. This humorous and heartfelt musical follows the classic tales of Cinderella, Little Red Riding Hood, Jack and the Beanstalk, and Rapunzel—all tied together by an original story involving a baker and his wife, their wish to begin a family and their interaction with the witch who has put a curse on them. 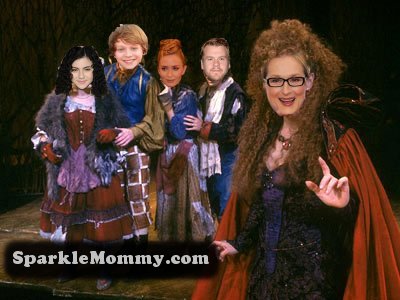 · Meryl Streep (“The Iron Lady,” “The Devil Wears Prada,” “August: Osage County”) portrays the Witch who wishes to reverse a curse so that her beauty may be restored.

· Emily Blunt (“Looper,” “The Young Victoria,” “The Devil Wears Prada”) is the Baker’s Wife, a childless woman who longs to be a mother.

· James Corden (Broadway’s “One Man, Two Guvnors,” “The Three Musketeers,” “Gavin & Stacey”) plays the role of the Baker, a hard-working man who desperately wants to start a family. 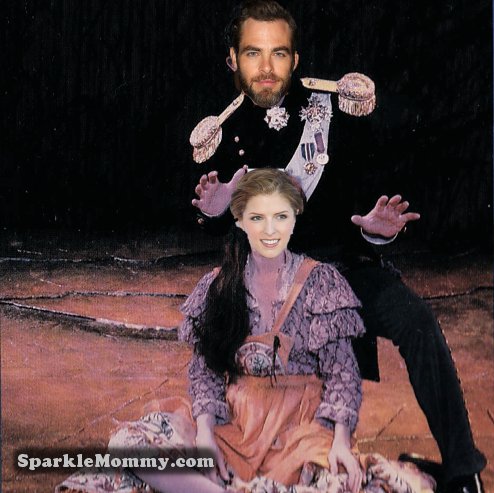 · Anna Kendrick (“Pitch Perfect,” “Up in the Air”) fills the shoes of Cinderella, who finds herself on a journey of self-discovery.

· Chris Pine (“Star Trek Into Darkness,” “Jack Ryan”) portrays Cinderella’s Prince, charming and impossibly handsome, who is on an endless quest to find his bride. 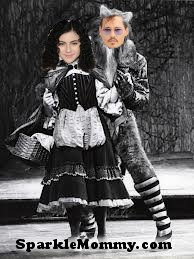 · Johnny Depp (“Pirates of the Caribbean” films, “The Lone Ranger,” “Sweeney Todd”) steps in as the Wolf, who sets his sights on Little Red Riding Hood.

· Lilla Crawford (Broadway’s “Annie”) makes her feature-film debut as Little Red Riding Hood, a smart and spunky girl who journeys into the woods, finding unexpected adventures along the way.

· Daniel Huttlestone (“Les Misérables”) lands the role of Jack, an absentminded and adventurous boy who trades his treasured cow for five magic beans.

· Tracey Ullman joins the cast as Jack’s Mother, a poor and exasperated mom who is overwhelmed, yet fiercely protective of her son.

· Christine Baranski (“Mamma Mia!,” “Chicago” “The Good Wife”) takes on the infamous Stepmother who wishes for riches and grandeur; she’ll do anything to marry off one of her daughters to a prince. 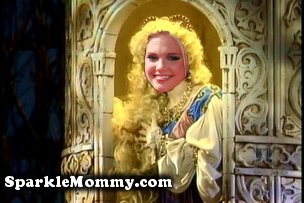 · MacKenzie Mauzy (“Brother’s Keeper,” Broadway’s “Next to Normal”) plays Rapunzel, a sheltered young woman who experiences the world beyond her tower for the first time. 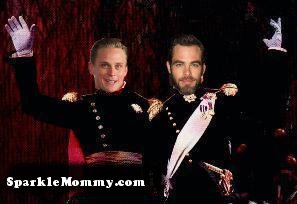 · Billy Magnussen (Broadway’s “Vanya and Sonia and Masha and Spike,” “Boardwalk Empire,” “The East”) is the dashing and eager Prince who courts Rapunzel.

The big-screen adaptation welcomes songs from the stage musical, including “Children Will Listen,” “Giants in the Sky,” “On the Steps of the Palace,” “No One Is Alone” and “Agony,” among others. Additionally, Sondheim has penned an all-new song for the story’s theatrical debut.

The award-winning production team includes Dion Beebe (“Collateral,” “Chicago,” “Nine”), Oscar® winner for the Marshall-helmed “Memoirs of a Geisha,” as director of photography. Dennis Gassner (“Skyfall,” “Quantum of Solace”), who won his own Oscar for “Bugsy,” serves as production designer, and three-time Oscar winner Colleen Atwood (“Memoirs of a Geisha,” “Chicago,” “Alice In Wonderland”) is costume designer.

“Into the Woods” premiered on Broadway on Nov. 5, 1987, at the Martin Beck Theatre. The production, which ran for 764 performances, won Tony® Awards for best score, best book and best actress in a musical. Among other awards, the musical received five Drama Desk awards, including best musical. “Into the Woods” has been produced around the world, including a 1988 U.S. tour, a 1990 West End production, Broadway and London revivals, in addition to a television production, DVD recording and a 10-year-anniversary concert.